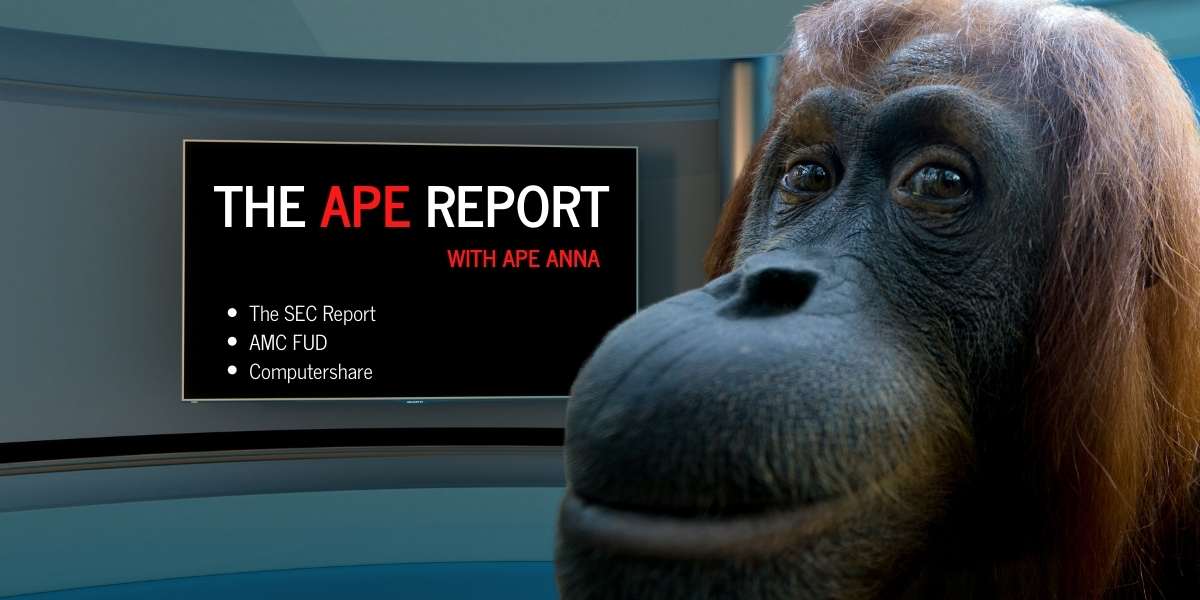 This article is a slightly edited version of an article which was posted by crayon enthusiast Ape Anna (u/AnnaSlatz) on 24th October 2021 and is an autistic dive into the SEC report, the ongoing AMC FUD, as well as her updated thoughts on Computershare registration. KenGriffinLies.com does not guarantee the accuracy of any of this information, but we like it anyway, because, well frankly anything that both educates apes, gets the discussions going, and ultimately attempts to dispel hedgie bullshit will do for us.

The AMC Weekend Reader: on the SEC report, anti-AMC FUD, updated thoughts on ComputerShare, and more!

Hello, Ape family! Ape Anna here! How are you? It’s been a hot minute. I’ve been quite sick lately, so forgive me for my absence. Still HODLing!

There is a LOT I am going to cover today, but I will try to be as concise as I can so as not to hurt anyone’s smooth brain too much.

But let’s jump right into the nitty gritty!

But what about AMC?

But first… go to the lobby and get yourself a snack! You’ve read a lot!The Recent Surge of Anti-AMC FUD

Personally, I think it is inaccurate to say that AMC has no fundamental value but that analysis is for another time.Finally, some updated thoughts on Computershare:

OKAY! I think I covered just about everything I wanted to cover…

I will leave you with a few extra notes:

I love you all!

PS: Regarding Computershare — I am CONSTANTLY doing more research into it, and as my opinions change and become more informed, I will absolutely update my Ape Family. These views are just those I am willing to share right now with my current level of understanding and confidence.

This article was originally posted on Reddit. You can see the original here. KenGriffinLies.com takes no credit whatsoever for this post, and thanks Ape Anna for her diligent crayon eating work.

Citadel Securities argued the SEC report on GME (Gamestop) January 28th is evidence they did nothing wrong.