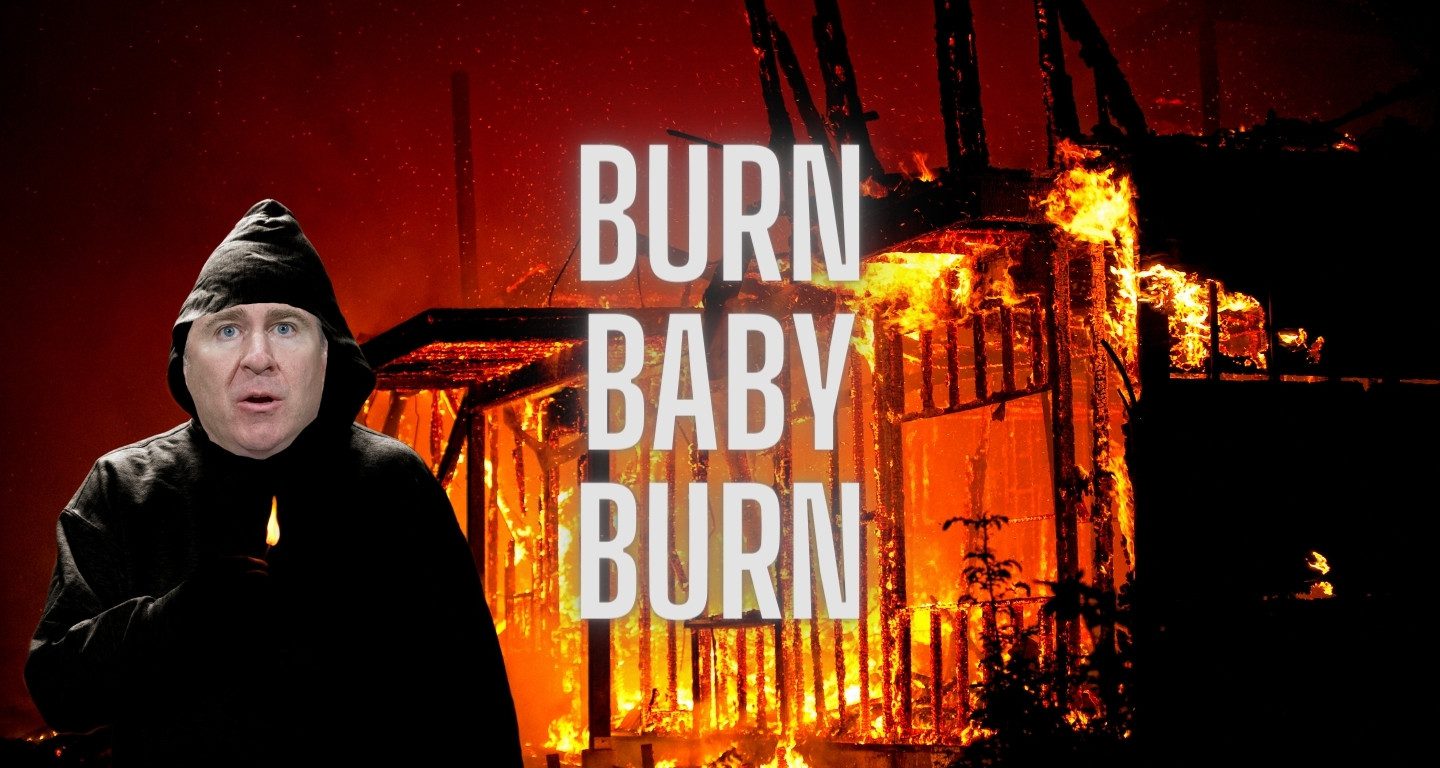 A massive storage facility fire on a business park was a complete accident, and nothing whatsoever to do with an upcoming investigation into short selling, says a spokesman for Ken Griffin.

The blaze broke out in a storage facility belonging to Access at 1200 Humbracht Circle at around 10am on Thursday 3rd February 2022 in Bartlett in northwest DuPage County, Illinois, and according to the local fire chief was a “multi-day event”, and the fire was finally extinguished 6 days later.

As most of our readers are aware, at Ken Griffin Lies we love a bit of Tin Foil Hat conspiracy stuff, and considering the levels of manipulation and financial treason we have seen in the markets, many of it tracing right back to our favourite Mayo-muncher Ken Griffin, we just couldn’t resist.

As details are sketchy at this time, and rather than actually do any proper investigative work, we decided that it would be a good idea to lay out what we do know, and then let you apes make up their own minds as to what happened. Let’s face it, Apes are very good at that, and it does make for some interesting narratives. Here are the plot-lines…now go figure:

Now, whilst we are definitely not making any accusations of wrongdoing by any individual or organization, it’s worth pointing out that according to FEMA, around 42% of all arson attacks have some element of financial crime for profit associated with them. Of course, it could all be a huge accident, and ultimately we will have to wait and see what the official investigation turns up. Until then, and for entertainment purposes only, it’s great to connect a few dots and see if we end up with a picture of a suspect seen running from the scene holding a jar of Hellman’s Mayonnaise and a Bedpost and muttering something about owning the constitution.

This article, whilst drawing on true events is satirical. We are in no way accusing anyone of anything, so don’t be a cock and get all annoyed about it.

It’s Official: You can no longer trust the media

Was Ken Griffin behind the Squid Game Crypto Scam?