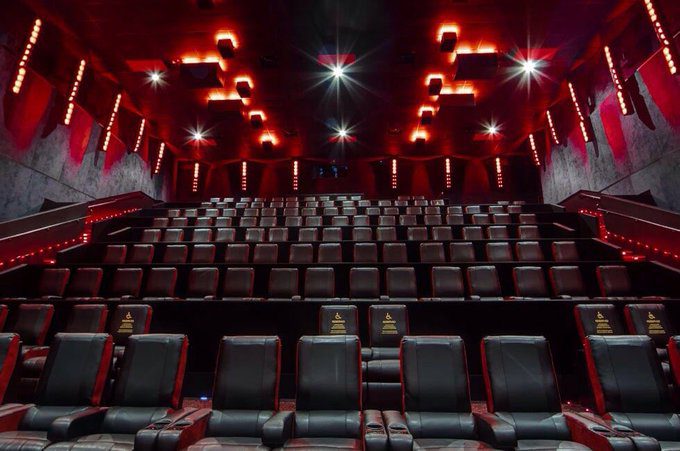 On Balance Volume is a momentum indicator that uses volume to predict changes in stock price1. While not perfect and has limitations, it is a directional indicator. Essentially, if volume changes significantly/sharply, without significant change in the stock price, it will eventually jump upwards or reverse and fall downwards. What happens though, if volume doesn’t change or remains fairly consistent and the stock price dramatically rises or falls?

We generally do not cover specific “Meme Stocks” as the MSM is calling them, however KenGriffinLies.com does cover them when it outwardly demonstrates what is in our opinion criminal behavior by Wall St. and Market Makers such as Ken Griffin’s Citadel against investors. Here we are though, almost one year to the day of Wall St. stealing the Buy button from Retail Investors while they themselves were allowed to continue buying. One of those stocks, AMC Entertainment (Ticker: AMC) has shown some rather interesting public data as of late which points to severe market manipulation by the incumbent Wall St. firms and Market Maker Citadel.

Exercise company Peleton loses weight, in its share price. This is being used a control, it demonstrates how normal OBV acts. What is relevant is the OBV and what happens in a normal situation with a stock sees either a massive rise or fall and how OBV reacts.

What we see here, is the normal fall of OBV as the stock sells off. The Yellow lines represent the OBV and the Blue line represents the share price. The price of the stock dramatically dropped and as such, so did the OBV. Sell Volume changed, the share price changed. A perfectly normal distribution.

For comparison, the above shows the corresponding Volume in the selloff of the Peleton stock. As we can see there is a distinct rise in the sell pressure volume and the resulting share price decrease.

We’ll now compare AMC On Balance Volume. We distinctly see that the OBV remains static during what appears to be consistent downward sell pressure. Yellow lines (the OBV) and Blue lines (the Share price of AMC stock). The very simple explanation here, is that the AMC shareholders are not selling, if they were, the OBV represented by yellow would correspondingly trend downwards with the selling pressure.

Now we compare that back to AMC volume

The interesting thing to note here, is that there is no outsized sell pressure on the stock, in fact the Volume either selling or buying is rather consistent and therefore does not correlate or explain adequately the significant price drop, nobody sold, there was not outside event that would account for a sudden, sustained and significant price drop.

The “Meme Stock” holders, known as Apes often use the term Diamond Hands, to reflect that they will never sell and that seems to be holding true. Another such stock, Gamestop (Ticker: GME) also shows the same characteristics as AMC with the On Balance Volume.

So what is happening? Well, it is our opinion that dirty filthy crime is. That the Market Maker, Citadel, along with other Wall St. firms are manipulating the the price of the stock via High Frequency Trading in order to get AMC Shareholders to sell so that the Market Maker and Wall St. firms can cover their illegal shorting of the stock (again, our opinion) and nullify the options chain expiring on January 21/2022,

The reported Short Interest for AMC is roughly 20% or about 100m shares (1/5th of the float), however, on numerous occasions we see the reporting data skewed or completely outsized and no valid response other than “it’s a data error”. Below we see the Short Interest listed as above %1800 with 2 decimal places afterwards. From a data integration point of view, that’s a difficult thing to do. Were it a simple case of %1847.00 that might possibly be explained as a misplaced decimal and a coding error, because it’s a round number. However, the %1847.86 is a little different because that suggests that it was not a coding error and that the data was input. Unfortunately, how the data is generated is a black hole to Retail Investors and Hedge Funds, such as Citadel are currently fighting tooth and nail against the Securities & Exchange Commission (SEC) to never have to report Short data.

We see further manipulation in the AMC stock, in order to prevent proper Short Interest from being available and reflected properly, Wall St. and Citadel have been aggressively shorting the IWM (Russell 2000) ETF. The Short Interest on IWM currently stands at around 40% and during December of 2021 created over $2 Billion (yes, Billion with a B) Failure to Delivers. A major component of the IWM ETF, is AMC stock. It’s an expensive, round-about way to short AMC, without actually shorting the stock directly, causing downward pressure on the share price.

Why though? why would they drive the price down? Options, Options, Options! The Market Maker, Citadel faced an extreme situation as institutions and Retail Investors made bets last year on options expiring on January 21/2022. This situation could likely have led to a Gamma Squeeze on the stock, forcing it’s price to sky rocket and in turn, exposing the illegal naked shorting and synthetic share creation that are believed to have occurred.

How does High Frequency Trading play into this? it’s a good question. What appears to be happening is that the Market Maker Citadel is utilizing this technology to accomplish two goals. The first, to drive the price of the AMC stock down to a level where it might be possible to cover as well as cause uneasy investors to start selling and second remove a significant block of the Options Chain from possible execution and thus a Gamma Squeeze. Rather than fulfill it’s role as a Market Maker, it seems to be deliberately taking a directional position in the stock to prevent an outsized event that would destroy public short positions and shed light on the believed to be over 4 Billion naked and synthetic shares it illegally created.

In essence, it mimics the affect of a Short Ladder Attack, The AMC stock has consistently seen 5-10 million shares available to short and the short volume percentage of trades on the stock is at a massive level, however, the Short Interest and Cost to Borrow on the stock has remained relatively stagnant despite this.

As they do not wish to increase or represent the actual Short Interest on the stock, nor do they wish to increase the Cost to Borrow, which would increasingly cost them money, there seems to be an attempt to utilize the available shares to short in a deceptive manner. Using High Frequency Trading to repeatedly short the stock and then buy back at the end of the day in ways which would not cause the stock to again rise. This is unfortunately very difficult to prove. The SEC (Securities & Exchange Commission) has little interest in letting the world know it is incapable of actually doing its job and Short reporting, which was codified into law in Dodd-Frank has continuously been delayed by the major Wall St. players.

In an interesting twist, shortly after @TheRealDarkPool made their post on twitter, the MSM host Charles Payne on the FOX Network who follows the user, abruptly blocked him. Mr. Payne has been outspoken on matters involving the so called “Meme Stocks” and Retail Investors, garnering a significant following from them. Not one to shy away from controversy it might be expected he (Payne) would at least comment on the subject, rather than block the user without notice. We reached out to Mr. Payne and asked, we have yet to receive any response regarding the matter.

How the GameStop Hustle Worked