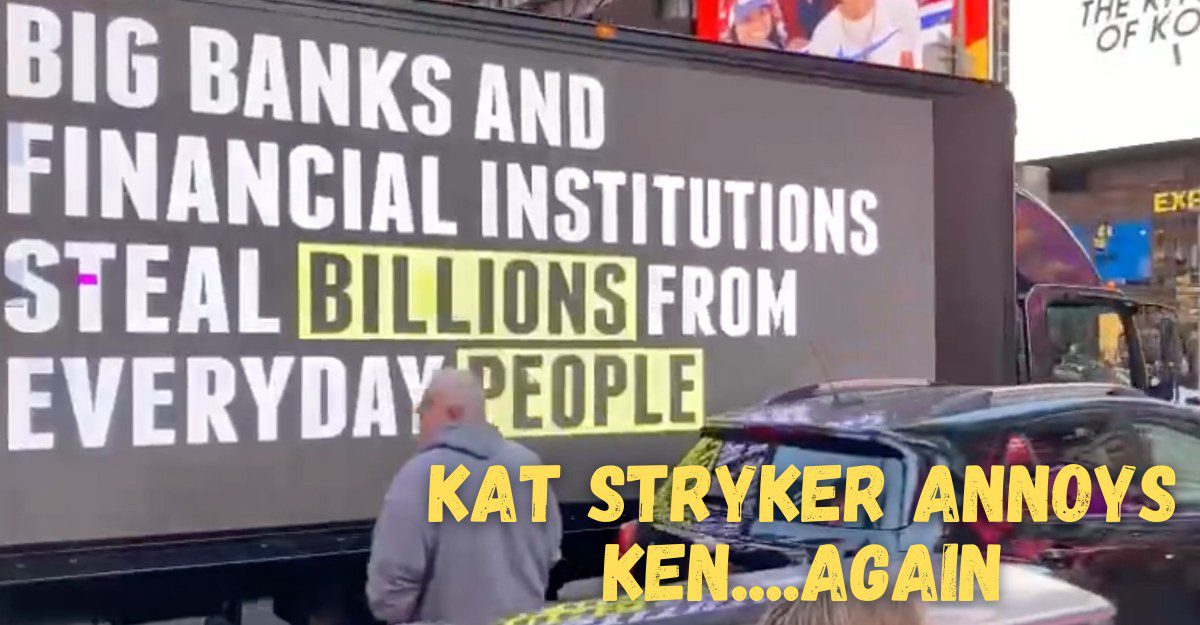 Just so you know, the number of visitors to KenGriffinLies.com went up more than 10 fold whilst this truck was driving around New York! Well done Kat.

Check out some of the pics that are absolutely guaranteed to make lying toerag Kenny’s sphincter twitch:

If you aren’t already following Kat Stryker on twitter, then you’re missing out on some serious comedic trolling. What are you waiting for?

Petition to ban PFOF blasts off in under 24 hours