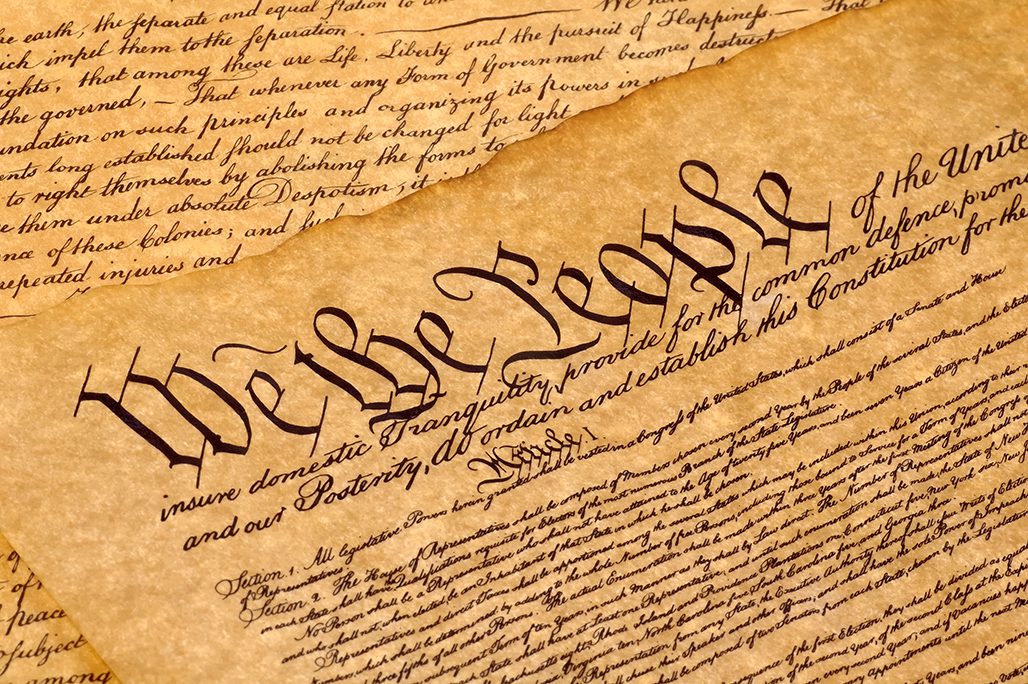 The news that Ken Griffin outbid Constitution DAO for a rare copy of the US Constitution document shocked a number of apes the other day, but it was hardly a surprise really. For months, Ken’s been trending on social media for all the wrong reasons, and his strategy is generally to spend a huge wad of cash to get himself some positive news to ensure he ends up at the top of the search algorithms.

Naturally, he’s usually aided and abetted by the totally not-at-all-biased-towards-billionaires mainstream media, who as anyone who’s been paying attention for some time knows can be trusted about as much as a cult leader around the fruit punch.

But this time, Ken’s actually outdone himself, purchasing a one of the last surviving first edition copies of the US Constitution at a Sotherby’s auction for 43 Million dollars. Ken outbid Constitution DAO, a group of crypto investors who collectively raised 40 Million dollars.

The Constitution DAO plan was that in return for donations of ETH, investors received a governance token, rather than fractionalized ownership. Governance was to include the ability to advise on (for illustrative purposes) where the Constitution should be displayed, how it should be exhibited, and the mission and values of Constitution DAO.

Now the project is planning to return the funds to its investors through the same Juicebox mechanism by which donations were originally collected, rather than attempting to immediately launch a new governance plan and token at the same time as the refund.

Why did Ken outbid Constitution DAO?

So why did he do this? There are a number of theories, firstly that he wanted to piss off the Ape community, especially when he saw that a decentralized group of investors were bidding, and this likely has some truth to it. This is the mindset of billionaires.

But another theory is that by making such a huge bid for the constitution document that he is once again using the media to his advantage to try to spin the idea of the benevolent Ken Griffin, making sure that he gets plenty of media coverage, to shove all the other more negative stories off the top of the search engine algorithms.

He’s done this before, remember, a few weeks ago after Apes got #KenGriffinLied trending all over social media after documents entered into the recent (and unfortunately dismissed) court case appeared to show he’d gone full Pinocchio in front of the House Financial Committee in February which was investigating events surrounding the January sneeze when the buy button miraculously disappeared from a number of retail brokerages.

Back then, Ken went on TV to talk about crime in Chicago, going so far as to equate that Chicago is like Afghanistan on a good day. This immediately grabbed headlines and shot to the top of searches on Ken Griffin burying other negative stories. Like many billionaires, Ken Griffin really only wants the news and media to be about the so called good things he does. Which should of course be noted, the good things he does, are for the benefit of Ken Griffin in the form of tax write offs, political connections, social connections. Ken Griffin doesn’t like negative media attention, or any attention whatsoever drawn into his seedy world of alleged market manipulation and corruption.

Ken Griffin, who is already fighting a two front war on Gamestop and AMC Entertainment with accusations the Citadel group of companies have demonstrably poured naked shorts into the market after a completely FUBAR’d attempt to short them into bankruptcy, appears now to be opening a third front with Crypto folks.