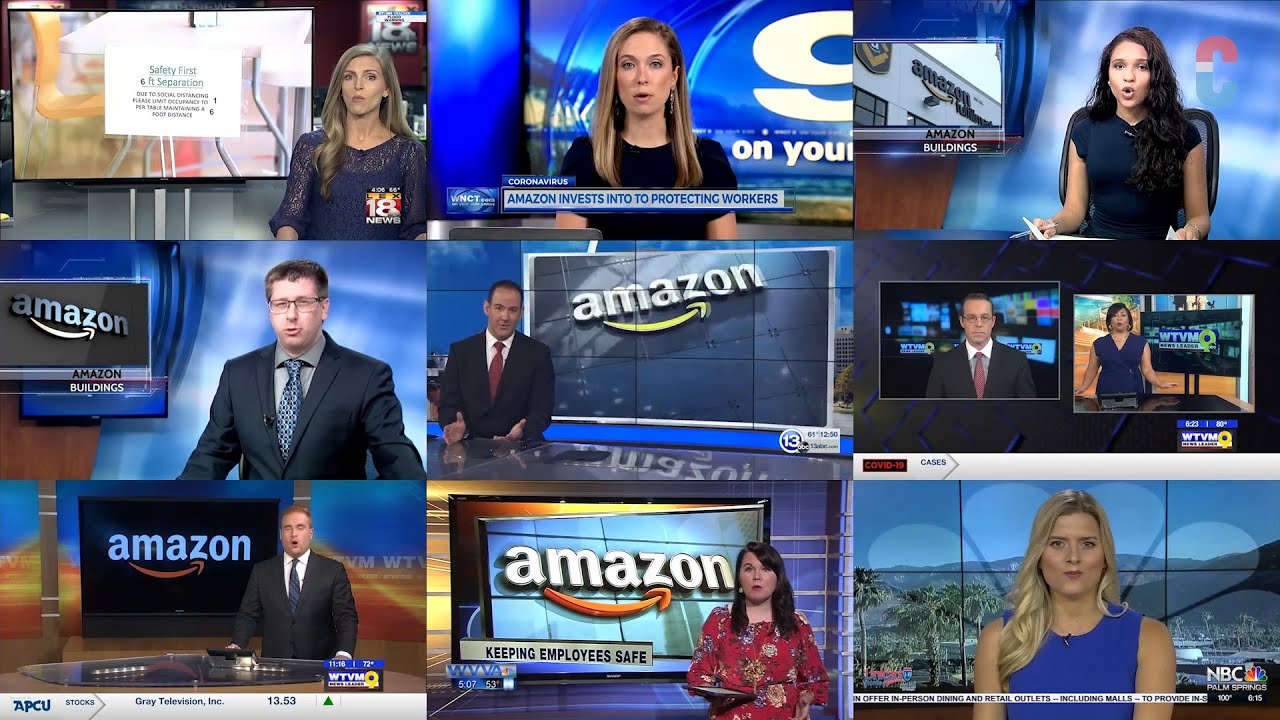 Most of them have been exactly that, theories, most proven wrong or at least, somewhat wrong. But lately, this has stepped out from the boundaries of a theory, into the light of truth. We can in fact, show you, with undeniable proof, that the mainstream media in the United States of America, can no longer be trusted. At least, when it comes to finances.

It all ties back

It all ties back to the main reason we are here. It all started with two stocks, AMC Entertainment, and Gamestop. For months, the media has pummeled these stocks, spreading lies, fear and twisting the truth in ways that is simply despicable. For those holding strong onto these two stocks, it’s tiring, and it’s getting old.

But why, are the media so negative about these two stocks in particular? It’s actually, very, very simple. Let’s take The Motley fool, as an example. Did you know, that the same company, that stands to lose BILLIONS if AMC/GME surges up in price, has a small ownership, and even SPONSORS The Motley Fool? CITADEL SECURITIES.

Did you also know that ANOTHER company which stand to lose BILLIONS if AMC/GME surges up in price, namely Susquehanna International Group, also owns a big chunk of The Motley Fool? That’s right, ladies and gentlemen, we have a conflict of interest, and it’s rather big. While Susquehanna and Citadel both have smaller positions in Motley Fool, Citadel in particular is known and even credited on MotleyFool as a SPONSOR of the site. This has since been removed, most likely to remove traces of a conflict of interest.

And it’s really that easy. As Citadel is a sponsor and even a shareholder of Motley Fool, they are very likely pressuring them to provide false and negative articles on the two stocks they stand the lose the most from. But again, where is this undeniable proof you ask?

Well, honestly, it comes from quite a different place, and really has nothing to do with neither Citadel, Susquehanna, GME or AMC. It comes from Amazon, and shows that the mainstream media, which we trust so much, can in fact be bought. The video speaks for itself.

But what about The Motley Fool?

We didn’t forget about the Coke Rat

The Coke Rat, or at least that is how he is sometimes referred to on social media, Jim Cramer from CNBC. Mr. Cramer has well acknowledged that he was part and parcel to pump and dump schemes and now hosts a television segment on CNBC. On June 9th Mr. Cramer said he’s not against Gamestop trading at it’s current levels. Almost a month later, he goes on to say that Gamestop offers nothing in comparison to AMC Entertainment.

If we go back to May of 2021, Mr Cramer said at the time that AMC and Gamestop were dying entities and he didn’t like movie snacks. Jump forward to October and Cramer tweeted out ‘Buy $AMC’. It would seem, Mr. Cramer is either easily confused or is sending mixed messages. It should be also noted, that there have been numerous allegations that Mr. Cramer has relationships with Ken Griffin and Citadel, which he has denied.

Moving to more current news, we start to talk about Evergrande, the Chinese real estate development company which is failing with $300+ Billion in debt. Evergrande has been struggling to make payments on its bonds. Each time they are close to default, within a day afterwards it is announced that they have paid. Note, that it is not announced publicly by Evergrande, and no bond holders have come forth publicly to verify that this is the case.

Instead it is often anonymous sources that say it. One would think, that a company on the brink of perhaps the largest default ever recorded in history, would be very vocal that it has made the payments, one would think, the bond holders which include western banks and funds, as well as HSBC would be shouting this to the moon to alleviate any market volatility. The only source to come forward, is the clearing firm Clearstream, which has said it received the interest payment. “Customers of international clearing firm Clearstream received overdue interest payments on three dollar bonds issued by Evergrande, a Clearstream spokesperson said on Thursday. “ – Nov. 12Th, 2021

That just leaves DMSA (Deutsche Marktscreening Agentur), who owns Evergrande bonds and stated on Nov. 10, 2021 “Dmsa itself has invested in these bonds and has not received any interest payments to date. Now we are preparing the bankruptcy action and we are asking all bondholders to join “. At the time of this writing (Nov. 12, 2021), DMSA has made no other public statements about receiving payment or the status of bankruptcy actions.

DMSA Dr. Marco Metzler wrote the following theory piece on Evergrande. Which essentially says what happens if Evergrande defaults, pretty much the global economy starts to go down the shitter. That may sound very hide in your bunker conspiracy theorist, but the fact remains that Evergrande and other bond holders are not publicly stating the bond has been paid. If what Dr. Metzler proposes is real, it would make sense to keep it as quiet as possible.

What did we learn

What did we learn from 2008? 2013? What have we learned about corporations, the ultra-rich 0.01%, governments, all of whom have vested interest in the media and the message? That the information will only come out long after all the damage is done, the city has been sacked and they’ve blamed the maintenance workers. In 2008 they initially blamed the people wanting mortgages to own homes for themselves giving them out with no due diligence. They are blaming inflation on workers not wanting to go back to shitty jobs that don’t pay a living wage.

In closing, remember that it is important to consider multiple media sources, even those you disagree with to get a more complete picture of what is happening. Keep an open mind and diligently make notes so you can reference information later on.

Blackrock lost $17 Billion in Russia… tried to make money on war, got REKT. What a terrible shame.

Citadel Securities argued the SEC report on GME (Gamestop) January 28th is evidence they did nothing wrong.