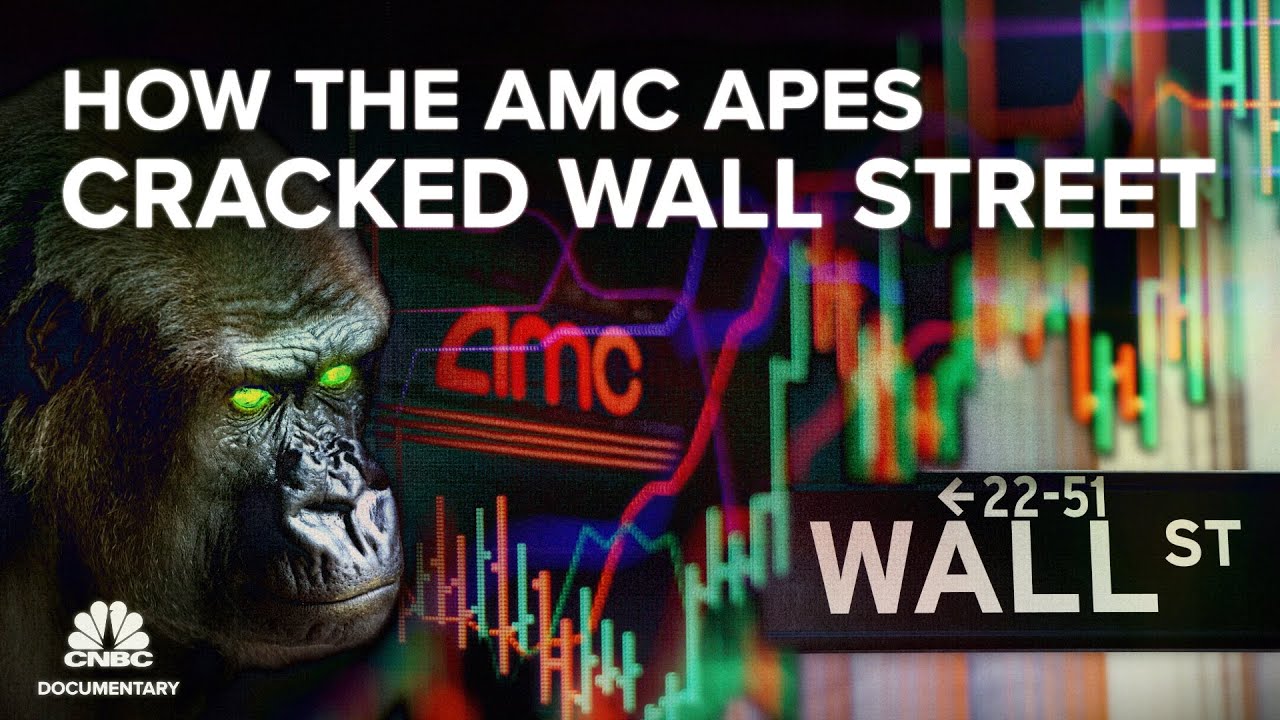 How the Apes cracked Wall Street is a full length documentary made by CNBC about why the Ape movement exists. As an easy to digest introduction into this millions strong movement which is taking on the billionaire class, and the dodgy shenanigans of the financial elites, this is a great introduction from a mainstream source.

Official introduction to How the Apes Cracked Wall Street

The more than 100-year-old movie theater chain, AMC Entertainment, has been on a wild ride this year after losing $4.6 billion dollars in revenue in 2020. The pandemic pushed the company to the brink of bankruptcy, but in October 2021 its market cap was higher than $18 billion thanks, in part, to a group of 4.1 million retail investors who now own 80% of the company. Some of these retail investors call themselves “apes,” a play on Wall Street referring to them as “dumb money.”

In a digital uprising on Reddit, Twitter and YouTube, they have jumped into the stock giving AMC a billion dollar lifeline. The company’s CEO, Adam Aron, is one of the most interesting characters in this whole drama because he has leaned into AMC’s “meme stock status.” Aron communicates with retail investors directly on social media and he’s incorporating their ideas for the company, like accepting crypto at AMC theaters, into his strategy.

CNBC’s Melissa Lee interviewed Aron about his plans to revive the company, as well as some of the ape’s biggest influencers — Trey Collins, known as Trey’s Trades, and Matt Kohrs, to hear why the apes think Wall Street is rigged, and what they are trying to do about it. Watch the video for the full story.

How the Apes Cracked Wall Street is a documentary by Melissa Lee, of CNBC.