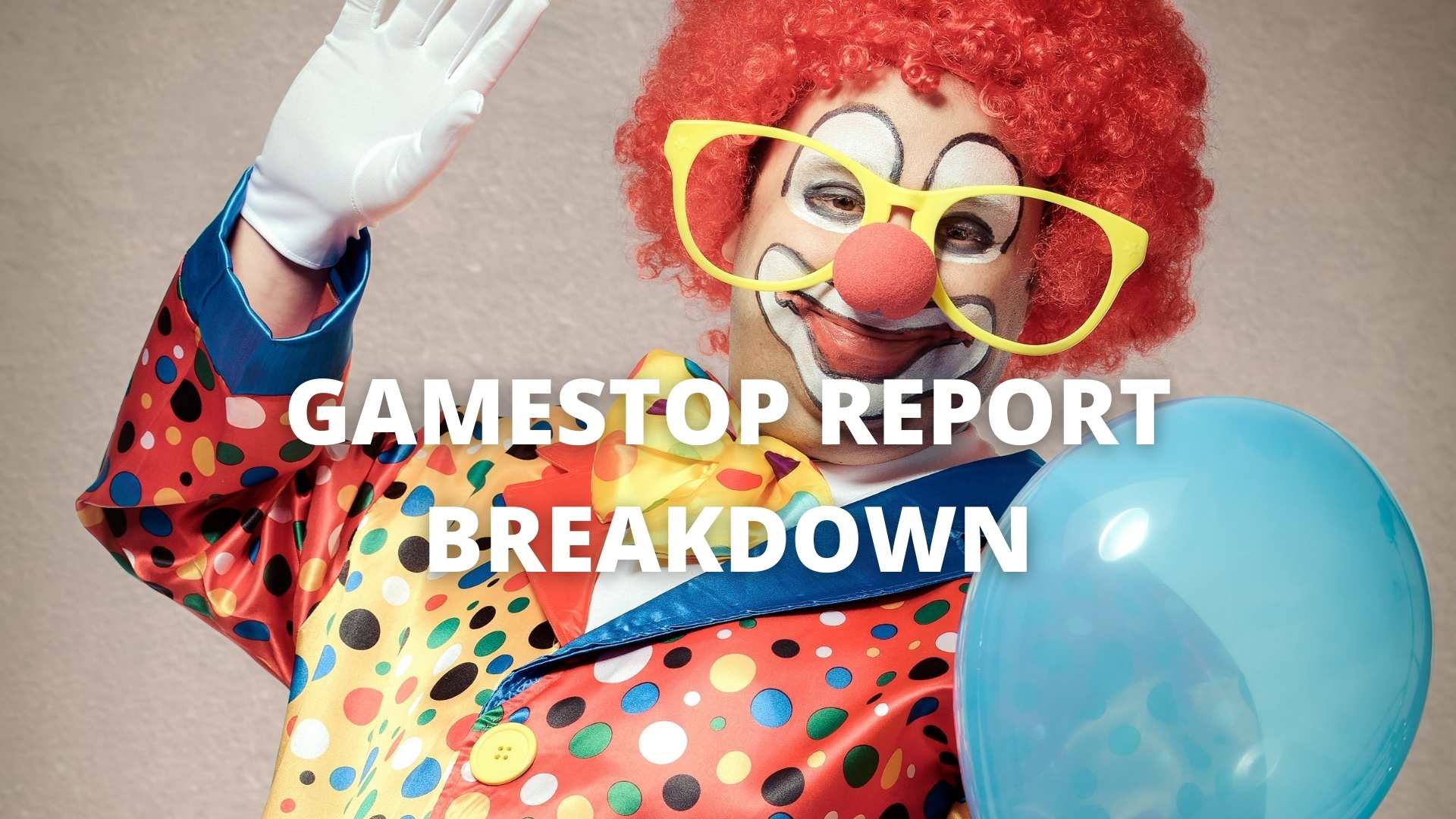 This GameStop report breakdown is a basic overview of the different elements which appeared in the so called ‘comprehensive’ 45 page report by the SEC. You can access the entire report here.

I’m plowing through the new report and want to give you a high-level overview of what I’m seeing (“The Sun Never Sets on Citadel – Part 4” still in the works). Halfway through the SEC report. I’ll give updates as quickly as I can.

I will update the end with my take on why topics were/weren’t included, conclusions, and takeaways.

DRS IS THE WAY. NOTHING IN THIS REPORT CHANGES THAT.

First glance [note: does not include snooping through the footnotes yet]:

The GME doc focus is on INDUSTRY STRUCTURE

Initial conclusion: Gary Gensler is teeing up a pitch to remove Payment For Order Flow

I’m underwhelmed, but unsurprised. The SEC is a political entity; this is a topic with a lot of industry convergence; there are a lot of players; so this doc is not going to be a no-holds-barred expose. The SEC here is working to try and keep the peace.

This GameStop report breakdown was posted on Reddit by u/swede_child_of_mine. We take no credit whatsoever for this post. This is not financial or legal advice. Do your own research always.