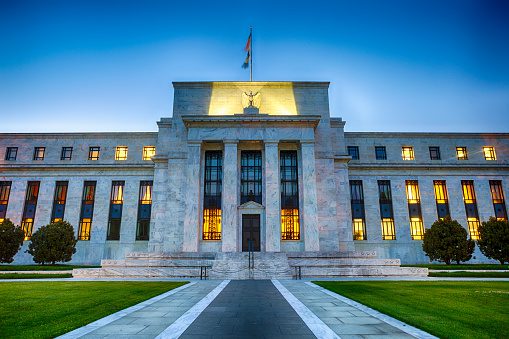 Reported by the NY Times

As reported by the NY Times, “The central bank specifically assessed what happened to shares of AMC Entertainment and GameStop in January”. Further that “episodes of heightened risk appetite may continue to evolve with the interaction between social media and retail investors and may be difficult to predict,”.

It is fundamentally clear that the Fed, in presenting this specific information is attempting to blame Retail Investors for the bad bets Wall St. firms, including those made by Citadel Securities and Robinhood. Retail Investors do not have the ability to create Naked Shorts, nor are they responsible for attempting to bankrupt companies via Naked Shorting, as certain Hedge Funds, like Citadel Securities LLC are alleged to have done.

Many market analysts believe a stock market crash is coming, with estimates as high as an 80% pull back in key indices. Over the course of the AMC & GME journey, on numerous occasions, once the the markets began to face serious issues, attempts would be made to assign blame to Retail Investors for the illegal, corrupt behavior of the Hedge Funds and Market Makers as was done in the 2008 crash. We are now seeing those fears come to fruition as the Fed in its report is clearly attempting to blame Retail Investors for the crimes of Market Makers and Hedge Funds, like Citadel Securities LLC is alleged to have committed.

The failure to regulate the market and prevent these practices falls squarely on the institutions which act as governing bodies of the market – the S.E.C. The Securities and Exchange Commission has time and time again given a slap on the wrist to Hedge Funds, like Citadel Securities LLC and agreed to let them pay a fine instead of being found guilty. This failure to police the market has resulted in those fines simply becoming a cost of doing business and not an impediment.

The problem is not the Retail Investor but Market Makers and Hedge Funds, like Citadel Securities LLC whose rampant abuse and outright breaking of the law have created the instability in the market, and why not? there is no repercussion and they believe the government will bail them out with tax payer dollars once again.